The Vampires, namely Persephone and Helena, are encountered at the beginning of Mossy Expanse and so on. They're a servant and a master, nominally having different picture galleries, but they always stick together and have fun together. As expected, they look to Hiro like pale humans. Persephone is cold, and trying to look desinterested, even when she's obviously very passionate about pounding someone breathless. Prefers women. Helena is a bit cruel, and a bit strict with her servant, but cheerful and active. It seems she knows some magic.

When you meet them, you have to fight Persephone who is one of the first serious opponents you meet. This can only be won by defeat. Helena will then ask you if you want to fight her, but she actually isn't armed and will just try to Seduce you. After winning, if you don't wear chastity or have... issue, you can choose to fight them together, and Helena raising your Lust becomes a big annoyance. But keep in mind no matter did you win or lose, they'll sandwich you after that (with an artwork).

Another scenario is possible if you have a codepiece purchased in the Outpost for 100 GP. You'll have to win against Persephone, and then Helena will notice it, and they will quickly depart after realizing the one who seeks it is in Silajam. It seems they have a long story with Isla, and next time you talk with her about vampires they'll come and give her a big greeting. You have to watch. 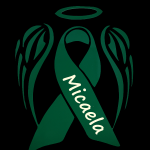